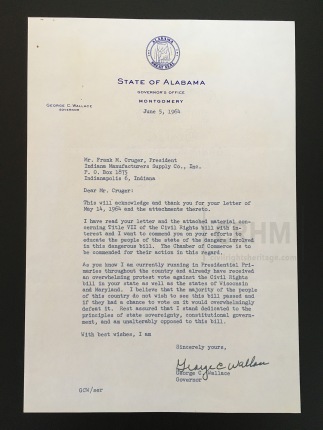 This typed letter was SIGNED by the infamous segregationist Governor George C. Wallace on June 5, 1964, while Governor of the State of Alabama.  In this anti-Civil Rights document, with such quotes as “…As you know I am currently running in Presidential Primaries throughout the country and already have received an overwhelming protest vote against the Civil Rights bill…I believe that the majority of the people of this country do not wish to see this bill passed…“

Condition: Typical folds. Extra fine.  Letter was photographed under plastic; the sticker near the signature is on the plastic cover, NOT on the letter itself.

Photos below are not a part of the collection, only the letter. 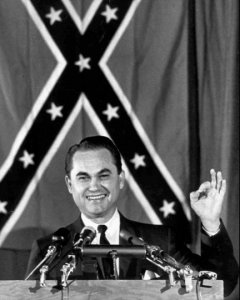 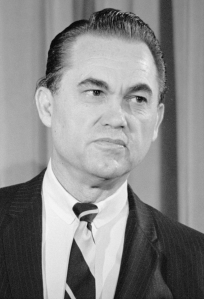 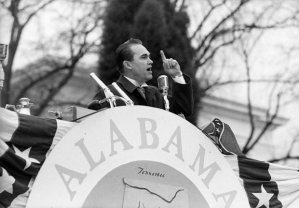