This is a New York Sun newspaper from June 29, 1913.  Amazing 2 column prominent headline: “I am Fighting to Eliminate Negroes and Whiskey, says Senator Vardaman.  The new Senator from Mississippi says they are the twin evils of our civilization.  Proposes to wipe Negroes from politics, and have “Jim Crow” cars on all trains–Has always fought the whiskey business.”

James Kimble Vardaman (July 26, 1861 – June 25, 1930) was an American politician from the state of Mississippi, serving as Governor of Mississippi from 1904 to 1908 and in the U.S. Senate from 1913 to 1919. Vardaman, known as “The Great White Chief”, advocated white supremacy. He said “if it is necessary every Negro in the state will be lynched; it will be done to maintain white supremacy.“

Vardaman advocated a policy of racism against African Americans, even to the point of supporting lynching in order to maintain his vision of white supremacy.  He was known as the “Great White Chief”.

Vardaman was known for his provocative speeches and quotes, once calling Theodore Roosevelt a “little, mean, coon-flavored miscegenationist.”  In reference to the education of black children, he remarked, “The only effect of Negro education is to spoil a good field hand and make an insolent cook.” After Booker T. Washington had dined with Roosevelt, Vardaman said the White House was “so saturated with the odor of the nigger that the rats have taken refuge in the stable.”  Referring to the appearance of Booker T. Washington in politics, he said: “I am just as much opposed to Booker T. Washington as a voter as I am to the coconut-headed, chocolate-colored typical little coon who blacks my shoes every morning.” 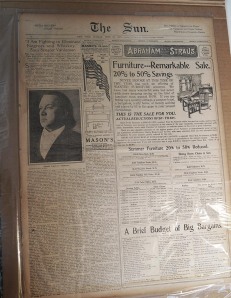 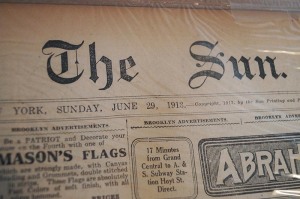 Black and white portrait (below) not included in collection.. 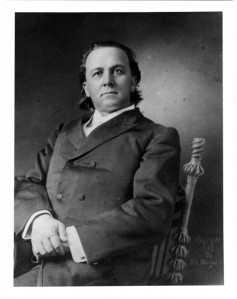